Last year saw the Scottish Parliament pass legislation to implement the cut to the Land and Buildings Transaction Tax (LBTT) announced by the Scottish Finance Secretary, Kate Forbes.  The LBTT cut is not as generous as the cut announced to the English equivalent, Stamp Duty Land Tax, but we didn’t really expect it would be; the Scottish Government has consistently tried to take a different approach to Land Tax since it was devolved in 2015.

Nevertheless, the temporary LBTT cut is very welcome to both home buyers and sellers in Scotland over the next nine months.  The Scottish Government estimates that with this tax cut eight in ten buyers in Scotland will not pay any LBTT at all.

So how does the tax cut work?

It may first of all be useful to have a reminder of how LBTT normally works.  The amount of tax is based on the price at which a property sells and must be paid by the purchaser(s) to Revenue Scotland following settlement of the purchase.  There are various rates of tax which affect different price bands, with the tax being charged against the portion of the price falling within a particular band.

The tax cut passed by the Scottish Parliament affects the nil rate band and basically increases this all the way to £250,000, wiping out the 2% band entirely.

Following the cut, the rates of tax now look like this:-

These changes are only temporary, taking effect from 15 July 2020 and ending on 31 March 2021.  The effective date of a house purchase (usually the date of settlement when the price is paid and the keys handed over) must fall within these dates to benefit from the tax cut.

This will put certain urgency to completing purchases/sales before the end of March 2021 when the tax rates will – subject to any further changes announced by Government - revert to those charged previously.

The above all applies in respect of the ordinary Land and Buildings Transaction Tax payable in respect of a purchase.  There has been no cut to the Additional Dwelling Supplement (ADS) LBTT.   ADS is the additional tax paid on the purchase of a property which is not the purchaser’s sole property (so affecting buy to let and investment transactions and purchases of second homes).  That tax at 4% of the purchase price is unchanged although buyers of properties affected by the ADS will benefit to some extent because the ADS is charged on top of the  ordinary LBTT and buyers will therefore benefit from the cut to the ordinary LBTT.

Land and Buildings Transaction Tax is a complex tax. For anyone thinking of moving home it is important to understand from the outset how much tax will be due in respect of a purchase, and what reliefs might be available. Please contact us today with any questions you might have and for assistance with calculating LBTT. 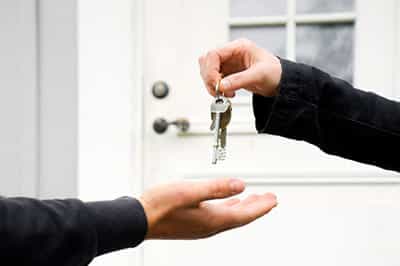